News of GTA 6 is racing around again, with new leaks pointing to a GTA 6 2025 release date. The news comes after prominent gaming leaker, Tom Hendersen discussed a leak regarding where GTA 6 might be set, and that it’s apparently scheduled to launch 2025.

While we do not know anything official about GTA 6, we do know that Rockstar has been pimping up its old ride: Rockstar is launching GTA V on the latest generation of consoles on November 11, which counts as part of that launch window. Furthermore, Take 2 representatives mentioned in a shareholder meeting they plan on four core titles to drop in the 2021-2022 financial year. The GTA V PS5 and Xbox Series X/S launch counts as one, with two other candidates being Take 2’s sports games, such as WWE 2K22, and the yearly instalment of its NBA game.

It does mean that it is doubtful that GTA 6 will be the fourth announcement among those core title updates, especially with E3 and the Summer Games Fest showing nothing new regarding Rockstar’s biggest series. Our guess is that Red Dead Redemption 2 might soon be riding out of the next-gen stable.

With the context set, it seems like GTA 6 is a long way off. Another indicator of this is all the supposed GTA 5 data mines for potential content patches. GTA 5 is well developed, with its Multiplayer a huge part of Take 2’s cash flow. So, if there were ever a time for a new GTA to drop, a GTA 6 2025 window would seem plausible. It would put GTA 6’s release date roughly 12 years after the launch of GTA V, which dropped in 2013 for consoles and 2015 for PC.

The possible GTA 6 leak at least reaffirms suspicions that the next Grand Theft Auto game is returning to Vice City, albeit in a Modern setting. Note that Vice City is based in Miami, Florida, which is a huge hub for modern memes, such as ‘Florida Man’. Not to mention Florida’s political reputation for its flamboyant support for various political parties in recent elections. The setting is ripe for another of Rockstar’s satirical spins on American culture and contemporary trends.

Should we trust the leak?

The answer is obviously no. Leaks are rumours at the end of the day, and lots of GTA 6 leaks have continued to change, adapt, or simply turn out to be about GTA V content. However, Tom Hendersen did give us accurate information on the recently announced Battlefield 2042. Therefore, it does give the man some credibility. Whatever the truth of the matter, we’ll have a long wait before anything becomes official if GTA 6 2025 is an accurate time frame. 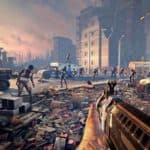