As a series that both predates the mighty Heroes of Might and Magic and has managed to succeed it (since Might & Magic jumped about the auto chess bandwagon), King’s Bounty has by default become the last game on the menu when it comes to D&D-style turn-based RPGs. Sadly, however, rather than offering up a plate of traditional hearty fare for those eager to taste that familiar combination of turn-based tactical warfare with a pinch of role-playing, the cooks at 1C Entertainment have dished up something altogether different.

Previous episodes in the King’s Bounty series gave us direct control over our heroes, but it was distanced and abstract, in keeping with how we expect a strategy game to be. We could zoom the camera in and check out the detail in the world, but we moved our armies like they were pieces on a campaign board, and we managed our resources as if they we were being reported to us on ledger sheets and pieces of parchment paper.

King’s Bounty 2 feels very different. The elements are the same; you still direct your heroes and swoop into turn-based battles, but it’s presented more like a modern RPG. There’s an over-the-shoulder third-person camera, fully-animated NPC characters, and the full sweep of ability and inventory screens that attempt to pull you down into the world rather than have you lord over it from above.

Unfortunately, it doesn’t feel right at all. In its laudable attempt to feel more like Skyrim, all the developer has succeeded in doing is pointing out that King’s Bounty 2 is nothing like it. The world is more to scale, but it feels bland and empty. The characters are more in your face, but they are wooden and generic. Movement is clunky, the landscape gets in the way, and when you do get to the good stuff – the fighting, the appearance of hexes, turns, and all the units that were previously out of sight, completely breaks the immersion the game has been attempting to create. Things probably would have been better had the developers not tried so hard in the first place.

Many years ago, I attempted to make hummus with carrots. I liked carrots dipped in hummus, so why not have carrots actually in the hummus, I reasoned. I soon convinced myself that the orange slop I’d spent an afternoon making was quite nice, but it wasn’t really. It wasn’t disgusting, it was just weird and unnecessary.

King’s Bounty 2 suggests otherwise, but One day there will be a palatable carrot hummus, I’m sure.

Developed and published by 1C Entertainment, King’s Bounty 2 is out now for PC, Switch, Playstation 4, and Xbox One. 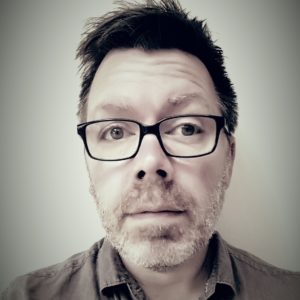 Richie Shoemaker
Richie is the editor of Gaming Verdict and has been playing video games for almost as long as they've existed. He started writing about them back in the days of Quake, Super Mario 64 and Command & Conquer, and has barely stopped since.
View more articles
Share
Tweet
Reddit
Email