With the launch of TBC Classic, players are once again returning to Outland to relive some of the game’s older content. As players get to level up, farm dungeons and do Heroic difficulty dungeons, they’ll find themselves in many instances throughout the expansion. Out of the many different dungeons, the Mana-Tombs is one of the most healer unfriendly instances in the game. For those getting into the Mana-Tombs for TBC or Timewalking content, here is a Mana-Tombs guide to help you survive.

First up, players need to be aware that the Mana-Tombs is a dungeon that players can enter from level 64 for quests. The Mana-Tombs entrance is located in the Terokkar Forest, in the north wing of the Auchindoun Ruins. After that, it is potentially a dungeon you can return to for prebis items, as well as for farming Heroic Badges of Justice once Revered with the Lower City. So keep in mind that the level range of the instance starts at level 64. By the end game, the Mana-Tombs is an easy enough dungeon to complete for those looking for gear.

The most notable trash in the Mana-Tombs is the Ethereal packs that wander the start of the instance. They tend to group in tight packs, making over pulling a concern for tanks. The Ethereal Crypt Raiders charge a random player and knock them down for two seconds, typically the most distant player. Furthermore, they use Soul Strike, which applies Mortal Wounds, aka a reduced healing debuff on the tank. Ethereal Scavengers are the anti caster mob that kick any caster within five yards of the mobs. The kick locks the caster out of a school for eight seconds, so any healers and spellcasters need to be aware of their positioning. Finally, the Ethereal Sorceror is a standard spellcaster mob, casting arcane missile and slow at their target.

Further along in the dungeon, you can find Nexus Terrors, which cast fear on those in an 8-yard radius. They will also cast Shadow’s Embrace that reduces physical damage and silences for 6 seconds. Ethereal Priests are the resident healers while the Darkcasters are another caster mob that cast mana burn on healers. Continuing with healer issues, the Spellbinders counterspell healers, while they can be the victim of Theurgists Polymorph casts or a Stalker’s that reduces attack speed.

While some of these mobs are tricky and annoying, there are a few ways around them. It is best for healers to further than five yards away from the nearest Scavenger but not the furthest away from the Raiders to avoid the stun. Furthermore, take a spell caster that can stand further away than the Healer so they can take the charge stun. Once you can progress past Pandamonius, manage CC use to negate the healing, mana burn, and various silence mechanics and focus the Priests and Darkcasters depending on CC usage. To better use your CC, we recommend the Big Debuffs addon from our best TBC addon list. As for Tanks, take your time and prepare the rooms carefully, as you’ll realise there’s plenty of room related tactics within this Mana-Tombs guide.

On Heroic difficulties, some of the mobs get a bit harder. There will be an additional charger per pack and the Dark Casters get a nastier mana burn. Also, many of the mobs in the dungeon deal extra damage with their spells. It can quickly wrack up fast so nuke targets and remember to CC.

Pandemonius is a giant void walker that patrols the first room, with a few tricks up his sleeve that can cause wipes. Dark Shell is the bosses primary ability, which reflects all spell and melee attacks during its uptime. Everyone needs to stop using their abilities during this time to stop the healer from suffering.

Furthermore, he uses Void Blast, which deals moderate Shadow damage to five players or pets and knocks them back. Everyone needs to have their back against something to stop them from potentially flying into uncleared trash.

Lastly, a Paladin can switch to their Shadow Resistance Aura for this fight, as Pandemonius’ attacks all deal Shadow Damage. Also, if you are keen on doing damage during the Dark Shell phase, use a defensive to mitigate the damage. It is not necessary to bing a paladin as part of this Mana-Tombs guide, but it certainly helps.

Tavarok is the second boss in the Mana-Tombs and is a relatively straightforward fight. The main things to watch for is stacking on top of the tank as he makes a cleave attack. Moreso, there is some RNG to the fight as Crystal Prison randomly stuns its target. There is also an earthquake, but it is more of a healer check once the stun’s duration expires. Ultimately, avoid stacking on the Tank is the only real strategy for every player.

The Nexus Prince Shaffar is where the dungeon gets interesting. As the fight begins, Shaffar will spawn three Beacons that players need to kill. The Beacons last for 10 seconds and cast Arcane Barrage during that time. Once the ten seconds are reached, the Beacons will destroy themselves and spawn a mob. Killing the Beacons quicker cause less party damage through the Arcane Barrages and prevent the fight from getting too overwhelming through Apprentice spawns. Throughout the fight, he will continue to erect more Beacons to aid him.

The Apprentices that spawn in the fight are mirrors of Shaffar himself. They will cast a mixture of Frostbolt and Fireball, while Shaffar also Blinks to players throughout the fight and can occasionally Frost Nova, rooting players 10 yards away.

DPS will therefore need to focus on the Beacons, then the Apprentices and then the boss. This is the best advice for DPS in the Mana-Tombs dungeon guide It is best to use any offensive cooldown on the pull to take out as many Beacons as possible while bursting new ones that spawn.

The Tank will need to pick up any Apprentices that spawn throughout the fight and taunt Shaffar as he blinks away.

A Healer will need to dispel the tank’s Frost Nova debuff if possible while standing more than 10 yards away from Shaffar to avoid the Frost Nova. Also, be aware of spike damage throughout the fight as Apprentices spawn, as that becomes the most difficult healing element of the fight.

After Shaffar falls, you’ll have successfully completed the Mana-Tombs. GZ on your new loot!

Yor is a summonable Heroic boss that can be summoned after killing Shaffar and acquiring the Stasis Chamber Key or the Eye of Haramad. Once he is summoned in, he deals heavy melee attack damage and has a conal fire breath. The only tactic for the boss is to keep the boss’ head away from the rest of the party and the healer tops up the tank. It is a fairly standard tank and spank with decent gem drop rewards at the end of it. 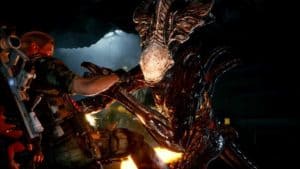 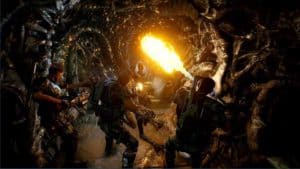 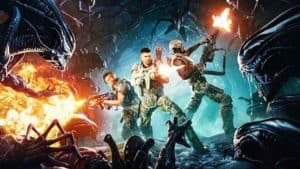