Smite’s new update, Patch 8.4, is here, balancing many things about Smite while releasing Smite’s new God, Gilgamesh. Here is everything you need to know about the new Smite 8.4 Patch Notes.

The newest God has descended upon the Battleground of the Gods. Gilgamesh Smite is the latest addition to the game. And for those wondering when does Gilgamesh come out, we are pleased to tell you he is out as of April 20.

Gilgamesh’s abilities are very interesting, making him a strong Warrior, with a unique quest system for a passive. When we come o updating our Smite Tier List, he may rank high even after several test server nerfs.

Gilgamesh Embarks! At level 5 and 10 Gilgamesh gains a quest. The first quest is to visit a specific location on the map. The second quest is to defeat half of the enemy team (rounded up) in a single fight. Each time Gilgamesh completes a quest he is awarded a Tier 1 item or 500 gold if he has a full inventory.

Gilgamesh ignites his sword with the ferocity of the Sun for 4s. Enemies around the ignition take damage and are slowed for 2.5 seconds. Gilgamesh’s Basic Attack deals bonus damage equal to 3.5% of his Maximum Health to enemies hit. When Gilgamesh successfully hits an enemy with his Basic Attack, the slow’s duration extends for 0.8seconds more, up to a maximum of 12s.

Gilgamesh dropkicks an area in front of him. Enemies in the area are damaged while Gilgamesh launches the closest enemy through other enemies hit. The launched baddie takes bonus damage when they hit a minion, with minions taking their share of pain. Alternatively, Gilgamesh can stun his opponent, dealing additional burst damage if they collide into a wall or a God. Gods hit by the launched God are also stunned and take damage. If the launched enemy hits the Winds of Shamash, they are thrown toward the ring center.

Gilgamesh leaps into the air, crashing down at a target location. Enemies around the impact take damage. Gilgamesh infuses the ground with energy, causing a beacon to appear for 5s. Allies who run towards the beacon will gain Movement Speed, halving once they enter the beacon. Allies who enter the beacon will gain bonus Lifesteal, boosted by 15% of Gilgamesh’s highest Protection. It looks like Ballona has some competition, huh?

Gilgamesh calls upon Shamash to create a ring of wind at a target location for 6 seconds. Enemies inside this ring as the Winds spawn are slowed and take damage. Enemies who remain within the Wind take damage every half a second. Enemies who try to escape the ring are slowed even more. If Gilgamesh hits an opponent who tries to flee, they get launched back into the centre of the Wind’s ring. When the Wind expires, those still caught inside continue to receive damage, while also getting rooted Rooted and Crippled.

With the launch of Gilgamesh, the Conquest game mode is getting a new theme. Gilgamesh and Tiamat, the new lords of the wind, have a rivalry. The skybox around the Conquest map is filled with Wind and Lightning as the lord of the elements do battle.

To celebrate the event, Vine Walls are now a gameplay mechanic on Conquest. Vine Walls Smite spawns on symmetrical parts of the Jungle. The walls function just like God created structures and are destroyed by auto-attacking them. Gods like Ganesha’s remove obstacle that have cover and wall skipping features. However, these Vines do respawn when the adjacent jungle camp respawns. By the 15 minute mark of any game, these Vines despawn and the Jungle returns to normality.

It is an interesting spin, and the Vine Walls act as pseudo wards, which players can use as flank protection, or monitor jungle and support movement in the early game.

The #KingOfUruk Update has begun!

We expect the Update to take a couple of hours, and we will let you know when the Update is live with Gilgamesh! https://t.co/RJ603YTIQY

Tiamat is one of the freshest Gods in the game, but as players have begun to understand her, she has become too powerful. The tank build is annoying and is on its way out by changing her scalings to magical power.

Baba Yaga receives some major changes in this Smite 8.4 Patch Notes. Baba Yaga is getting much more user friendly with her ultimate, making her a fairly decent new player friendly mid laner. The same applies to lower elo players, who get benefit from her passive as it helps build her stacking items quicker.

Achilles is on the buff list with his shield getting a lower CD by a second, along with a decreased bonus damage taken from Fatal Strike. Achilles will feel stronger in the solo lane, but hopefully not enough to dominate the lane in his pick and win rate statistics.

Other magical base champs are getting love again, just like Merlin and Jormungandr. Their mid line touch up should help them get back into the game in Season 8, as previous nerfs years ago have left them to their fates. The same applies to a few ADCs and Assassins like Olorun, Serqet, and Neith.

Ornate Bow is getting some significant buffs in the Smite 8.4 Patch Notes. The Ornate Arrow now provides a bonus 10% attack speed and 5% crit chance. Furthermore, the minimum stacks of the item have decreased to 20 from 25, with the Arrow granting more attack speed per stack at a 1.25% AS growth. The same goes for the crit chance bonus, which now grants 1% and has 20 stacks.

Leader’s Cowl joins the Ornate Arrow on the buff side. The late-game aura was way too niche, so a few changes to its base stats and aura helps it out.

It is a sad day for Supports, who are seeing big nerfs to Sentinel’s Embrace. The protection aura for both Physical and Magical is down by 10 to each stat. Furthermore, the aura’s range is down by 25 units. These are just scratching the surface of the nerfs, so it might be best to look at a new item, maybe the Leader’s Cowl? These are only some of the highlights. If you want to explore the full changes for Smite 8.4 Patch Notes, head here to see what Hi-Rez has to say. 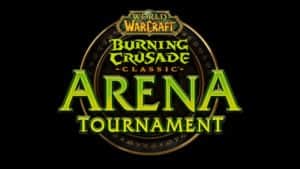 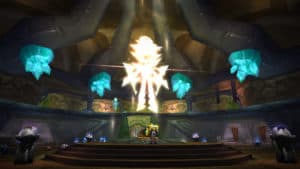 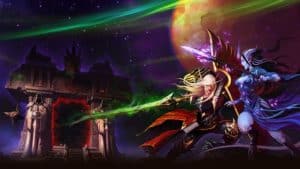