Saints Row was announced at Gamescom and is a series reboot. The reboot’s release date is February 25, 2022.

You can watch the trailer below.

Geoff Keighley and his Gamescom team have been hard at work on social media channels teasing big reveals for Opening Night Live in advance of the big upcoming event. On August 20, 2021 he posted a cryptic tweet that could only point towards the reveal of a new Saints Row title. The official Saints Row Twitter account also responded to that post, just to alleviate any further doubt.

5 days until @gamescom #OpeningNightLive on Wednesday.

We are “Bossing” it with our announcements this year 👀 https://t.co/osudHTCxj1

Saints Row first released in 2006, filling a Grand Theft Auto-shaped void in the early line up for the Xbox 360. It’s fun take on an open world sandbox crime game was well received and the franchise became a real competitor to Rockstar’s mega-hit franchise in it’s own right.

A handful of sequels from THQ followed, but with each sequel changes were made in an attempt to differentiate the series from its prestigious competition and avoid further comparisons between the two brands. Saints Row The Third and Saints Row IV pushed the franchise further and further towards pop-culture references, self-referential humour, zombie apocalypses, alien invasions and wacky super powers that also alienated much of the original fanbase.

In 2009, THQ president Jason Rubin seemed to agree with the disgruntled fans. He was critical of Saints Row the Third, saying  “Who cares what it is and why it got to be what it is? From that team we can make something that isn’t embarrassing.” in an interview with Polygon.

This sentiment from top-level management seemed not to matter, though, as the irreverent, wacky tone continued on into Saints Row IV and Saints Row: Gat Out Of Hell, with each game seeing diminished popularity. After wrapping up an ‘Earth has been destroyed’ story arc, the franchise really had nowhere else to go. Volition ultimately dropped the Saints Row name altogether in favour of creating a full-on superhero entry called Agents of Mayhem that was poorly received.

Saints Row streamers and content creators have talked about a fifth mainline entry in the series for quite a while, with some even going so far as to say they’ve been invited in to play test the game themselves. Word on the street is that Saints Row 5 goes back to the series crime franchise roots and will feature four player co-op, with the intention being to directly compete with the heist content found in Grand Theft Auto Online. We’d welcome that, and it seems like a natural progression for the core crime game franchise which has traditionally had good character creation systems and fully co-operative story campaigns. 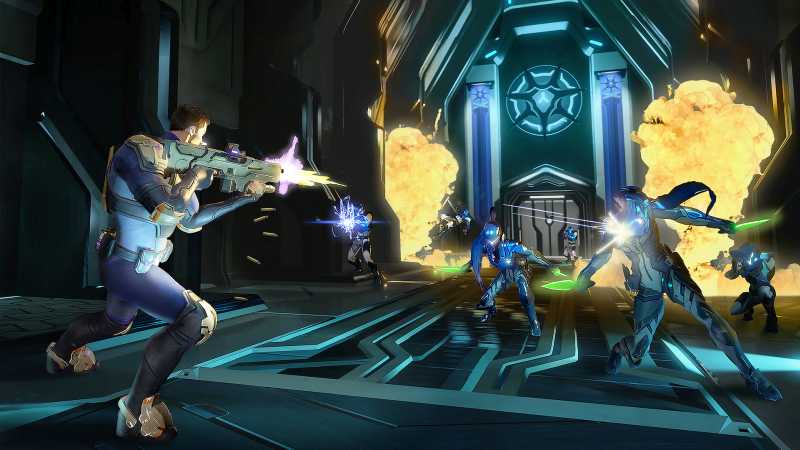 It’s our hope that with Saints Row 5, the series does return to its original serious-ish tone. We would also welcome a return to Stilwater, the city from Saints Row and Saints Row 2, although we also think that they may opt to make a new city entirely, to better show off the power of the ninth generation video game consoles (PlayStation 5 and Xbox Series X/S) that are still fairly new.

Overall we’re rather excited to see what’s next for the Third Street Saints — we’re just crossing our fingers and hoping that it doesn’t involve science fiction or supernatural foes. There’s a time and a place … and it’s in another franchise. Fast cars, loud music and big guns, please.

You can watch Gamescom Opening Night Live on our sister site WePC’s YouTube channel. If you’re wondering when you can do that then you’ll want to check out this handy schedule from our distinguished competition at Eurogamer.

Do you like Saints Row and want them to go back to the roots? Or are you hoping for super powered gameplay once again? Let us know in the comments below. If you’re interested in seeing another upcoming game release in the meantime, then why not check out the first look at Black Myth: Wukong on Unreal Engine 5?

Vince Pavey
Vince Pavey is a writer from the North-East of England that has worked on comics for The Beano and Doctor Who. He likes to play video games and eat good food. Sometimes he does both at the same time, but he probably shouldn't.
View more articles
Share
Tweet
Reddit
Email