Danganronpa is the first entry in a murder mystery series created by Kazutaka Kodaka and Spike Chunsoft. It tells the story of a ‘killing game’ set up at Hope’s Peak Academy by sadistic bear robot Monokuma. Danganronpa 1 places a heavy emphasis on atmosphere, interesting conversations and building tension. It is well known for having strong narratives with large casts. This is the definitive online list of those Danganronpa 1 characters and who they are.

This article will have some spoilers on who the characters are, but we’ll do our best not to spoil who the murderer is, or reveal any of the untimely deaths. This should hopefully preserve some of the suspense and mystery should you still want to play Danganronpa after reading this. 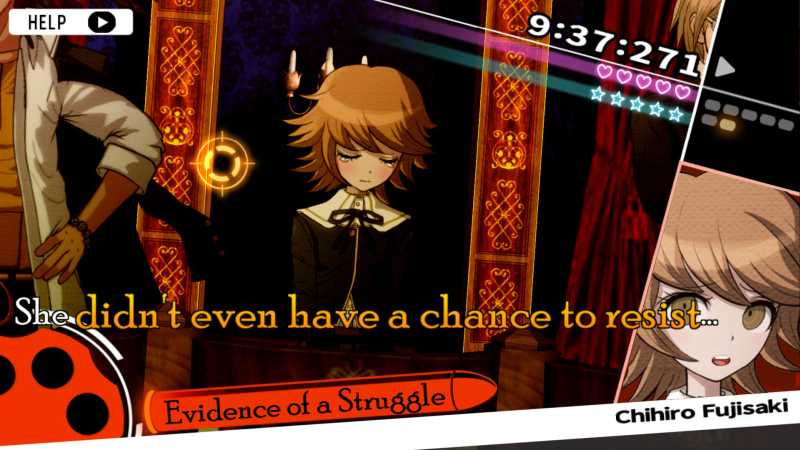 Alter Ego is a heroic artificial intelligence created by Chihiro Fujisaki that was not supposed to be a part of the killing game but joins it after being snuck in on a broken laptop and uploaded into Hope’s Peak Academy’s computer network. He can imitate the students’ voices and likenesses, which is a bit creepy. Alter Ego also appears in Danganronpa 2.

Aoi loves sports and swimming, and truly means well even though she’s often a bit of an airhead. While you’d think she’d be into eating healthy foods because of her very active lifestyle, she actually contradicts that assumption with a passionate love of donuts. She becomes fast friends with Sakura Ogami.

Byakuya is a student that is often cold and initially keeps the others at arm’s length. He warms up to the group over the course of his arc and becomes a useful ally in their attempts to put an end to the game and escape. Togami is set to one day inherit his father’s highly profitable corporation, so there’s often a lot of pressure put on him to be competitive and succeed, even when that sort of behaviour isn’t necessary or even helpful.

Celeste is a goth girl known for lying to others and having a penchant for gambling. She’s usually calm, but if something annoys her then she’ll have a noisy outburst. She may not have the same amnesia the others do, adjusting a little too easily to the situation and quickly telling her classmates to adapt to their new environment.

Chihiro is a computer genius, having created an incredible artificial intelligence (Alter Ego) while still only in high school. They have some body image issues that they really don’t like to talk about with other people. As the story progresses, they decide they would really like to overcome their own self-perceived weakness and try to be more open about their true gender identity. 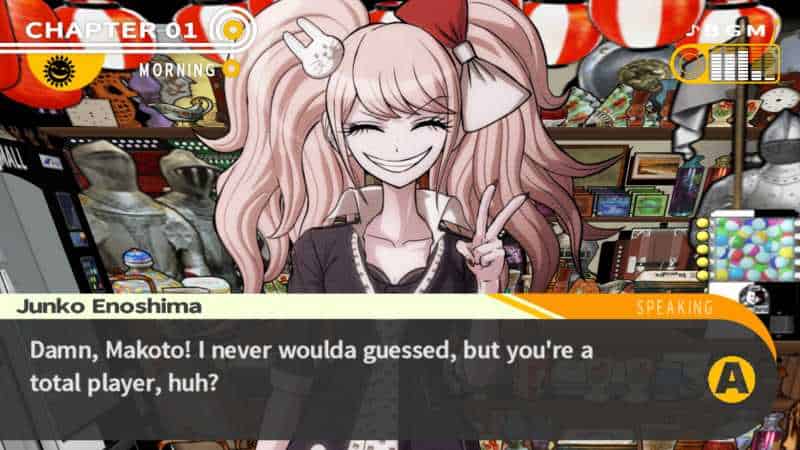 Hifumi is an otaku (hobby nerd) that has an obsession with manga. He’s actually an incredibly popular doujin (self-published fan comic) artist and draws his own comics regularly. When he finds out about Alter Ego, he develops an unhealthy interest in it that makes the other students uncomfortable.

Jin is Kyoko Kirigiri’s dad. He’s also the school principal, and has mysteriously gone missing. Mr. Kirigiri is the reason the students are sealed inside of Hope’s Peak Academy, as he thought it was the best way to protect his students from the villain’s plan to bring the world to despair.

Junko is a troubled young girl that changes her mind about things easily, rushing from interest to interest. When not at school, Junko is a gyaru (“gal”) magazine model. Gyaru was a popular fashion subculture in Japan during the then-contemporary Heisei Era in which the game takes place. They’re a bit like punks but with a Pamela Anderson inspired fashion style that exaggerates American valley girl stereotypes. 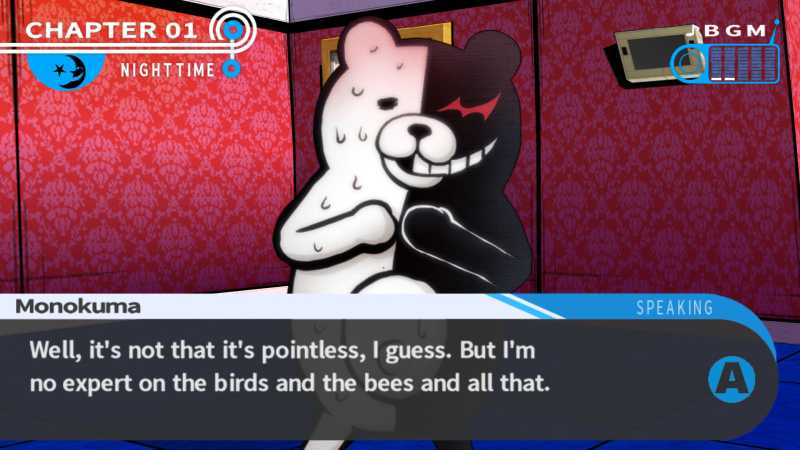 Taka wants to be Prime Minister of Japan when he grows up. This is motivated by the fact his grandfather used to be a part of the government, but was a bit of a failure. For such a young man, he’s very prim and proper, but he simply believes that rules are there to be followed. He’s friends with Mondo, though the pair are basically opposites in personality.

Kyoko has more memories missing than the rest of her classmates and no one can recall what she excels at enough to be one of the “Ultimate Students” of Hope’s Peak Academy. She finds it difficult to trust other people, but eventually starts to work with Makoto to solve the murder mystery. Kyoko also appears in Danganronpa 2.

Leon is fantastic at baseball, but he wants to be a punk musician because he finds that the sports lifestyle cramps his style too much. He wants to escape Hope’s Peak Academy so that he can go and rescue his cousin Kanon, who he’s told has been captured out in the outside world.

Makoto is the main protagonist of Danganronpa. Though he is an optimistic and hopeful person, he often has such bad luck that it is basically a super power that affects the people around him too. In the rare cases that he does have a stroke of good fortune, strange and statistically impossible things happen. He has a keen analytical mind, which helps him investigate mysteries.

Mondo is the leader of the biggest motorcycle gang in Japan. He’s also a hot-headed punk that hides a terrible secret, as he was the reason for his older brother’s death in a motorway accident during one of his illegal races. Owada overcompensates a lot and definitely has some emotional issues that he needs to work through.

After declaring himself to be the new headmaster, strange teddy bear robot Monokuma starts the deadly ‘killing game’ that the students of Hope’s Peak Academy are forced to take part in. He is generally affable as long as people follow his rules and don’t try to attack him. Those that do turn on Monokuma are typically met with surprisingly swift and brutal ends to their lives. Monokuma is the primary villain of the series, so he also makes appearances in Danganronpa 2 and Danganronpa V3.

Mukuro is Junko Enoshima’s twin sister. Not many people even know she exists, as she’s part of a secretive mercenary unit called Fenrir. Mukuro is a nihilist, determined to spread despair. She also has an (ahem) close relationship with her sister. Don’t look it up. 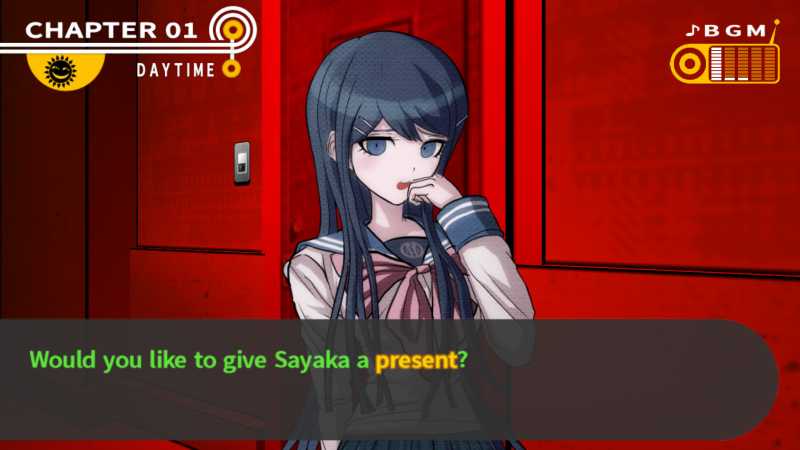 Sakura is one of the best fighters in the world, but you wouldn’t recognise it from her kind and gentle personality. Sometimes people mistake her for a man due to her muscles and her deep voice. Yasuhiro has nicknamed her “The Ogre” which seems a bit out of line, really. Teenagers can be so cruel.

Sayaka has known Makoto Naegi since middle school. She’s a light-hearted girl that often jokes that she is psychic because she can read people really well. When not at school, she’s the front girl of a popular idol group that does fan events around the nation.

Toko is a novelist that has already written a bestseller, despite still being in high school. She has a split personality and she can’t control when it appears. The personality is called Genocide Jack and attacks the men that Toko finds cute, often using scissors to hurt them badly. Both personalities share memories, interests and even crushes. Because Jack’s memory is separate from Toko’s, he is the only one that hasn’t forgotten the two years before the ‘killing game’.

Hiro is the oldest of the students involved in Monokuma’s ‘killing game’. This is because was held back in grades several times for not taking his school studies seriously. He seems not to mind that much, because he’s so chilled out all the time.

Danganronpa is a series with multiple installments and we think that if you enjoyed reading this you’ll probably like trying the series out for yourself. The best ways to play them at the moment are on Steam or on the Nintendo Switch, where there’s a trilogy collection.

Want to learn more about Danganronpa? Then why not check out our entries on the rest of the series? 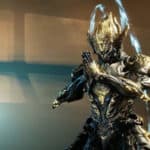 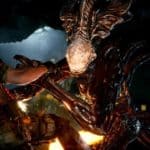